Do people really have past life experiences during hypnosis?

The short answer is YES.

Ever since she was a toddler Angela had an inexplicable fear of being in a car, either as a passenger, and later when she obtained her driver’s license.  Driving over a bridge was particularly difficult for her.  Angela’s palms would get very wet, her heart would pound, and she would feel literally paralyzed with fear, oftentimes having to pull over and get out of the car.  The fear was growing within her to the point of her not being able to drive at all.

Angela has no memory of a trauma that would lead to such fear, and her parents remember her always being afraid in the car but cannot give a reason why.

Since this young lady is now 20, she wanted to feel the same exhilaration and freedom driving offers everybody.  She sought out hypnosis to hopefully cure her phobia so that she can freely tootle-along in her car without having to depend on others to get her to where she needs to go.  Angela did not come in for past life regression therapy, she didn’t know anything about this phenomenon.

I told her she would be cured of her phobia in two sessions.  The first session was to introduce her to trance, and learn creative visualization techniques so that she can ‘envision’ herself driving anxiety free.  Creative visualization while in hypnosis is a powerful tool to change or improve certain behaviors and performances, and to remove fears.

The second session I offered regression therapy where I took her on an emotional slide back in time.  Most people go back in this life and find the culprit reason for a fear or phobia.  Many people, however, will slide back into an era they do not currently recognize.  They go to another lifetime and find the reason for the fear.

This is what happened to Angela.  I have changed her name and some details to protect the client:

Angela reported experiencing visions during her regression process.  In her mind, she was witnessing something that appeared to be a movie.  She saw and felt she was 32 years old in 1962, outside of a movie theatre.  She was wearing pointy shoes, a dress with polka dots…and standing on a sidewalk beside her husband’s car.  There were other people mingling around.  I asked her to go to the point of death for that woman in that lifetime.  Angela reported she was in an accident.  There was fire.  Her husband was also killed.  She died that night after the movie in a car accident fire!

After some detail gathering in that lifetime I brought Angela to this awareness back in the chair…feeling whole and centred.  I asked her to imagine if she was driving now…how did she feel?  She said, “Nothing!  I am not the least afraid!”

I called Angela’s mother last week and she reported that Angela is doing well and anxiety free.  She can now drive wherever she wants, joyfully, and without having panic attacks that plagued her all of her young life.

Simply by remembering a past trauma and doing some mental work surrounding the event will cure the current symptoms of fear and phobia — it just disappears.

Is Angela’s experience based on reality?

1. Client’s ‘land’ in a place they do not currently recognize.  They see, sense, feel, almost like they are watching a television show about where they are (country, city, place), what they are wearing, who they are with, why there minds went to that place, and even what year it is.

2.  There are many details to the vision.  Clients report clothing styles, cultural traditions, what other people look like, and other minute information they couldn’t or wouldn’t have known in this life.

3.  Change in behavior.  The most significant ingredient to having a past life dream or experience is personal mental health changes.  PLRegression is about finding the root or initial cause of a mental symptom, such as unexplained fear or phobia.  In almost every case as soon as the past life is recognized the phobia disappears and never returns.

Past life regression dreams occur during hypnosis, or after a hypnotic session they may experience it during a regular night time dream.  What will be different about this dream is that the client will remember every detail, including colours, to the dream.  Unlike usual dreams, which fade almost as soon as we open our eyes in the morning, this dream will stick with the client, likely forever.

People come for past life regression therapy to cure phobias and fears that cannot be explained in this life, but they also come for entertainment reasons.  The way to a successful regression is to have an ‘intent’ to go back and learn lessons that will help in this lifetime.

A very good book, one of the best in my opinion, is by Dr. Brian Weiss, in Many Lifes, Many Masters.  If you read it beware that your entire view of the world and life will be forever changed.  This is a highly convincing read that really cannot be disputed for its’ authenticity and credibility. 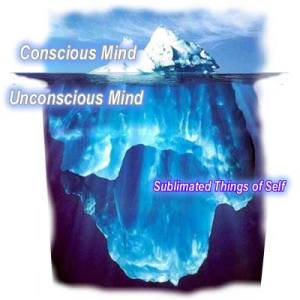